ALL 'LIT' UP LOST WEEKEND 6-PACK with MEG ZUCKER (Don't Hide It, Flaunt It) 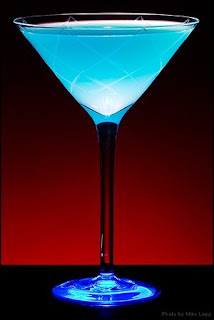 It's been a long week. I know, I know, yours too. I considered skipping the LOST WEEKEND 6-PACK segment for this week when a writer friend out in California had to pull out due to a family crisis. But, the 6-PACK seems to be a lot of folks' favorite feature here at ALL 'LIT' UP. And I knew I could use a lost weekend right about now myself.

Once again, through the beautiful machinations of putting this blog together for Randy Becker at NexTv, I have come to know another writer who has opened a door in my heart, mind, and soul. Isn't that what writing and literature is supposed to do? Of course it is, so when I came across Meg's "Don't Hide it, Flaunt It" blog I found my heart in my throat, my mind reeling, and my soul smiling. It's been a challenging week... I'm sure for more than a few of us, but Meg knows a little something about challenges. But first, her LOST WEEKEND 6-PACK for ALL'LIT'UP. It's inspiring. She's inspiring. Enjoy ~ J. Goertel

I am both grateful and laughing at the fact that James asked me to do a six-pack that includes two movie recommendations when for the past several months I’ve been encouraging my husband, John, to put his sharp, dry wit to use as a movie reviewer, which is something I’ve never tried. His goofy angle is always to ask, “Is this movie good for the Jews?” I’m always so amused to look for that answer now that I think I’ll steal the theme for this piece. It doesn’t hurt that I’m already in the mode because the Jewish Daily Forward is also publishing one of my articles shortly.

Incendies. Last year we went out with friends to see this film on nothing more than the typical vague recommendation of someone we knew who said they heard it was great. That doesn’t really prepare one for such a powerful anti-war film that revolves around murder, rape, incest, torture and decades of hidden heartbreak. So emotionally gripping was this story and its surprising conclusion that we couldn’t stop analyzing it for days afterward. The plot is centered in Lebanon beginning with the civil war in the early 1980’s, with the Israeli invasion only as a backdrop, and concludes in present day, where the villains and victims of that era deliberately bury their memories and live together as best they can. Until they can’t. I can only apply the “Good for the Jews” analysis to the fact that I kind of waited on pins and needles for the scene where the Israelis would contribute to the mayhem and that moment never came (at least in this film).

Tropic Thunder. On an equally serious note, uh, okay maybe not so much, this 2008 send up of the intelligence of leading actors, the way Hollywood makes its blockbusters and the studio machinations that drive the business had my Good for Jews/Bad for the Jews meter clicking like a metronome. But despite all the laughs, it was Tom Cruise’s portrayal of the overweight, balding, hairy-chested, loud, obnoxious, heartless, Jewish studio boss that was truly unforgettable.It pained me to be laughing so hard at something so blatantly bad for the Jews.

On to the books. In 1999, before leaving on our honeymoon, John and I made a pact to read each other’s favorite novels on the beach. In hindsight, I won’t comment on the fact that we were so happy to go to beautiful Maui and….read. Yet, we took great pleasure in seeing each other so absorbed. John brought John Irving’s Cider House Rules for me. I gave him Ken Follett’s Pillars of the Earth. I saw John’s humor and pathos in Cider House and the character of Homer Wells. John Irving’s writing touches incredibly real feelings and experiences but wraps them with such humor that I found myself laughing and nearly crying together. That’s a feat. In Pillars, John followed my love of history that extended even to the building of a cathedral in 12th Century England. Follett’s epic storytelling and historical research took us deep into a long gone culture. I loved the fact that John couldn’t put down this 976 pager, just as I couldn’t.

What to drink? The “Avatar” Martini was a hit at my 2010 Oscar party and my friends still remind me how much they loved it. Vodka, vermouth, blue Curacao and lemon juice – colorful, delicious and strong enough to keep everyone happy so that no one noticed that I never saw Avatar. Also, my favorite pairing with sushi continues to be a Frogs Leap Sauvignon Blanc. Dry and crisp, it is perfect (even without the fish…).

As I close, having just learned of Dick Clark’s recent passing, I will channel him and end this fun Six-Pack experience by not saying “good-bye,” but instead, “So long.” 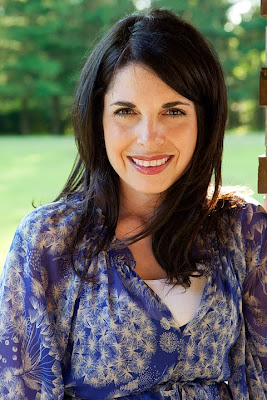 Ever since Meg Zucker can remember, others have been turning to her for guidance. Meg was born with a rare condition known as ectrodactyly, leaving her with only four digits on her body and shortened forearms. Unlike others who have quietly overcome many stumbling blocks to reach their goals, Meg has navigated life’s challenges wearing her limitations on her sleeve, literally. Most recently, Meg has published in Parents Magazine(December 2011), worked with Scholastic on a Storyworks article about her family (October 2011) and was a guest on Today (NBC) in January 2012.

She also runs a weekly blog called, “Don’t Hide it, Flaunt It” (www.donthideitflauntit.com), and often speaks publically in support of her self-help message. Among other engagements, next month Meg will be delivering a corporate diversity presentation to employees of Viacom/MTV. Meg completed her undergraduate studies in History at the University of Wisconsin, Madison and received her law degree from New York University. In addition to her literary activities, Meg is currently the Global Anti-Money Laundering Officer at a financial services firm in New York City. Meg lives in New Jersey with her husband, John, and their three children, two of whom also have ectrodactyly. Meg is in the process of writing a self-help book working with literary agent Lisa Leshne of the Leshne Agency.

For more information, feel free to visit: www.donthideitflauntit.com
Posted by James Goertel at 3:30 AM