I have always felt that writing and music are and have always been kindred languages. Writing is about creating a rhythm for the reader. My favorite novels share the same shelf space with my favorite records and that's no coincidence. When I saw that Anne Leigh Parrish's essay mentioned piano playing, Chopin, and rhythm, I knew I had tapped a kindred spirit for this week's Author Essay Feature. Enjoy - J. Goertel 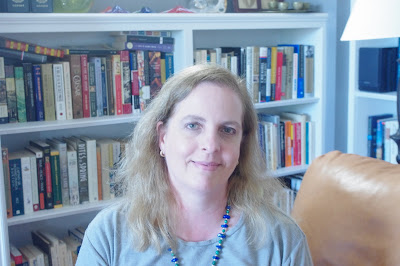 Anne Leigh Parrish’s story collection, All The Roads That Lead From Home, was published in September 2011 by Press 53. More of her work may be found in The Virginia Quarterly Review, Clackamas Literary Review, American Short Fiction, The Pinch, Eclectica Magazine, PANK, Bluestem, Storyglossia, Knee-Jerk, and r.kv.r.y., among other publications. To learn more, visit her website at www.anneleighparrish.com.

It began as a love of poetry, and the beauty of language itself. As a child I was exposed to the best of the nineteenth century poets, because that was my father's field. While Wordsworth was his focus, he drew my attention to Emily Dickinson, thinking I might find her a bit more accessible. The mind is wider than the sky, she said. I agreed.

I also loved classical music. On the piano I learned to play Bach, Beethoven, and Chopin. The latter two had a particular influence on how I saw first a sentence, then a paragraph, then a sequence of scenes. There was an inherent rhythm in words, and to find it you had to write as much with your ear as with your heart.

And so my early attempts were lyrical, to be sure, but otherwise flat. In retrospect, they had an airless quality, like being in a completely closed room. Language is supposed to give us the world, not shut it out. I was doing something wrong.

I moved from language to characters. I became obsessed with the logic of psychology and motivation. People had to make sense, even when they behaved irrationally or in desperation. You had to be able to line them up and know what they were going to do next. The trouble was one of predictability. My readers often said they could see the ending a mile away. I added an element of surprise, something impossible to foresee. What I was told then was that resolutions that appear suddenly, out of the blue, are just as bad.

During the long, dark period that followed my first publication – and make no mistake, I was completely thrilled, but frustrated that success did not soon repeat itself – I tried to look on the bright side of being a writer. I compared myself to other artists. Pity the frustrated actress, I thought, who needs a stage, a director, and an audience to find her bliss. Or singers, dancers, even painters had it worse because they needed a large space in which to work. Writers need a table, a pad of paper, and a pen. My world, by comparison, seemed small and very easy to contain. I admit that this notion comforted me, as I struggled on.

Then it came, my revelation. I needed to focus not on rhythm, or psychology, or surprise endings, but on story. On what precedes and what follows the moment when the reader's understanding changes. I won't say this was easy, but it was a clear goal, and one I pushed myself relentlessly towards.

As I published and won awards, my emphasis continued to evolve. I addressed women's issues – motherhood, in particular, and also physical abuse. How do people get themselves out of bad situations, I wondered. What stories do they need to tell themselves to find freedom?

Most recently I've turned to narrative voice, bringing the inner lives of two characters into the same time and place, if only for a moment, then sending them on their separate paths once more. This requires an omniscient perspective, obviously. I don't see a lot of writers using this vantage point these days, which intrigues me. I like being able to drop down in the mind of any character. I think it makes for a richer story.

I don't know what's going to grab me and pull me to the next phase or milestone, only that I owe my readers what I always have – to lift them off from reality, and startle them into recognition.

Anne Leigh Parrish's story collection, All The Roads That Lead From Home, is available here.
Posted by James Goertel at 7:53 AM