ALL 'LIT' UP LOST WEEKEND 6-PACK with ANTONIA CRANE (Spent)


One of the modern paradoxes is knowing someone you don't know. The enigma of social media being social, but not necessarily personal does not escape me. I don't know Antonia Crane. She is a "friend" on Facebook - though the likelihood we'll ever even meet is as unlikely a scenario as the one where we find ourselves plotting a bank robbery together. By the way, with her movie star looks she'd make a good Bonnie in a remake of the classic film from 1967. I, on the other hand, would not make a good Clyde, although I can definitely handle the wheel in a get-away scene. So, when author Anna March suggested Antonia might serve up an interesting Lost Weekend 6-Pack, I literally had to use the little search box on FB to see who she was and if we were even "friends" yet. We were, but that did not keep me from feeling like a stalker when I sent the initial personal message through FB to her... "Hi, you don't know me, but we're friends." I sat around for five hours staring at my FB page, the box with the friend count specifically, just waiting for it to go down by one. It didn't. I got a personal message back instead, one with a sense of voice that suckered me into believing we played tennis together back in high school. I found myself wanting to challenge her to a game of doubles, but had a weird feeling she would win.  Turns out, Antonia does hit some balls, because her dad coaches tennis. I wondered if she flirted with endorsement deals like Maria Sharapova.  I still don't really know Antonia, but I know her better now that I've read her Lost Weekend 6-Pack... and I'm happy to be able to call this talented writer a friend... whatever that means.

Enjoy, but watch out for her top spin serve... she's aiming for your privates. ~ J. Goertel

Asking an ex-drug addict to choose only two of her favorite things is torture- like dangling one potato chip in front of her face. I’m a book slut, movie junkie and music whore.  I need more than a six-pack. You need more. Admit it. So, I’m shirking the rules by arranging my picks according to theme.

Let’s begin with vigilantism. I’d start with Tarantino’s women. His lethal, gorgeous, driven protagonists enjoy totally justified revenge in “Kill Bill” and “Inglorious Bastards.” Where there’s vigilantism, there are bank robbers with sideburns in polyester suits flanked with hot stripper girlfriends. I love Mesrine: Killer Instinct (and Part 2: Public Enemy #1).  What’s not to like about a “girl on fire?” I thought I died and went to feisty heroine heaven when I saw “Hunger Games” and “The Girl with the Dragon Tattoo.” Delish. Two Books where hicks take the law in their own hands are Donald Ray Pollack’s, “Knockemstiff” and Sam Lipsyte’s hard and ever-clever characters in “Venus Drive.” His characters are lovely and creepy. I’d turn up L-7’s “Shit List” and dance in my underwear slurping Diet Dr. Pepper. Lots of lemon.

I’m a sucker for tender devastation of the heartbreak variety; a sadness so searing it looks like madness like the movies “Biutiful” and “Blue Valentine.” Two books that echo poignant ache with wonderfully flawed characters that overcome insurmountable obstacles are Cheryl Strayed’ s “Wild” and Rob Roberge’s  “Border Radio” (from his collection “Working Backwards From the Worst Moment of My Life”). "Border Radio" will send you sprinting to the dentist for enamel fillings. As for music,  I love all of Jack White’s projects (White Stripes, Dead Weather, Raconteurs) but the song that tears my heart out is his rendition of “Jolene” live. A  sad drink? Berry Hibiscus Kambucha. Gross. Why would anyone drink a mushroom? Bottoms up. 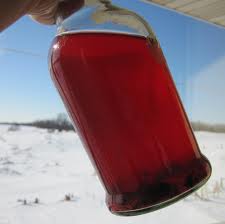 The frayed American Dream and the crisis of identity is my last theme. I loved the under appreciated film “Frozen River,” a bleak narrative about desperate alliances made between complex women for a singular purpose. I’ll never get over Mickey Rourke’s beautifully desperate, aged-out performer in “The Wrestler.” He painted a portrait of the American dream charred at the edges as it turned to ash and blew away. I love books that, by their existence, demand more of me as a person and as a reader, like Lidia Yuknovitch’s “Chronology of Water” and Bernard Cooper’s “Truth Serum.” Both will stretch you as a human being.  I’d listen to “Hold On” by the Alabama Shakes and Lucinda Williams’ “Side of the Road” and drink water. Lots and lots of water.

Antonia Crane teaches creative writing to incarcerated teenage girls in Los Angeles. Her work can be found or is forthcoming in Akashic: The Heroin Chronicles (edited by Jerry Stahl), The Rumpus, Black Clock, Slake, PANK, The Los Angeles Review, ZYZZYVA and other places. She wrote a memoir about her mother’s illness and the sex industry, Spent, and is currently seeking representation for that memoir. Check out: antoniacrane.com for more.
Posted by James Goertel at 5:15 AM