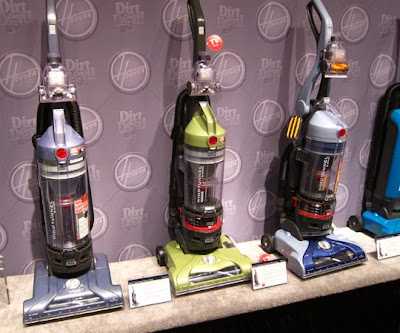 Sucking Up Inspiration
By James Goertel

I have no real routine when it comes to writing. I don't sit in a chair at a desk at a prescribed time until a prescribed time, five days a week. I don't approach it like a regular job. I approach it the way one approaches a passion. Our passions are open to flights of fancy and inexplicable whimsy. I write in the afternoon, in the early morning, well into the night - and not every day. I write for ten or fourteen days on end without a break and often times without concern for personal hygiene. I also don't write for ten or fourteen days at a time with nothing but meticulous attention to my personal hygiene. I write in the car on maps from the glove compartment and on receipts from my wallet. Forget the dangers of texting drivers, - if you see me in a car get out of the way, for god's sake - I write while I'm driving! I write on napkins at bars, on barf bags in airplanes, and on my own hands. The only remotely consistent methodology I have as a writer is that I enjoy vacuuming whenever possible before I sit down to my passion. Vacuuming, in fact, is my other passion. I will resist turning this into a treatise on which models I prefer and are the best bang for the consumer buck - trust me, though, I've tried them all. And, let me not digress about my morbid fascination with my mother-in-law's forty year old Kirby model vacuum cleaner (but if I could just get a peek at that last will and testament of hers).

Vacuuming relaxes me and puts me in a state of mind in which I am most prepared to write, especially when I am tackling a big edit job on a new story or recent chapter. It is the perfect ten or fifteen minute pastime to daydream about characters, scenes, and language. The white noise of a Hoover upright is the quintessential aural think tank. It is, pardon the pun, the perfect vacuum, where the only sound I really hear is that of my writer brain tossing writerly flotsam, jetsam, and, even sometimes, perfection itself around inside my skull. If I could get away with it, I would leave the vacuum running for hours while I am writing. I can change a belt or a bag on almost any model and in the dark to boot. At box stores like Sears and JC Penney I can often be found, near catatonic, mouth ajar, a glimmer of drool forming at the lips, in the home appliance section staring at the new models. My beautiful, brilliant wife, Rachel, tolerates this fetish and my one and only true writing methodology quirk. But, I believe I am in good company.

I once read an interview with Iggy Pop where he replied with all earnestness to an interviewer asking him how he relaxed, that he enjoyed vacuuming. I still smile as I sit here and think about his answer. If Iggy Pop enjoys it, it must be normal - right?

Not only is Iggy famous for having invented punk rock with his band The Stooges some six or seven years before bands like the Sex Pistols, The Damned, and a hundred others stumbled and spit their way across the second half of the 1970's, his stage antics are the stuff of legend. While hippies and love children were still flashing peace signs and sticking flowers in their hair in San Francisco, Iggy was writhing around on the stages of dirty Detroit nightclubs, smearing himself with peanut butter and practicing self-mutilation. The Rolling Stones' ill-fated concert at Altamont, where Hell's Angels hired to provide security stabbed a concert goer to death and beat and brutalized countless others, wasn't the bell toll signaling the end of the feel-good 60's, it was the blood and bash of Iggy and his Clockwork Orange henchmen posing as bandmates. Iggy and The Stooges' songs like Search and Destroy, Your Pretty Face Has Gone to Hell, and I Wanna Be Your Dog were sprayed upon an unsuspecting and, frankly, disinterested public from 1969 through 1973, like the piss of an unwanted feral cat trying to mark its territory in the Gobi Desert. The band eventually imploded under the weight of an indifferent public, near nonexistent record sales, and a 'too much too soon' reputation. Even the God of Glam, David Bowie, couldn't save the band by remixing their 1973 swan song, Raw Power, which crashed and burned like an underpowered rocket, failing to chart. By 1974, the band was no more. Iggy's career was resurrected to a degree by Bowie in 1976-77 when Pop, after a stint in an L.A. area mental hospital, joined him in Berlin, the result of which was Pop's two best known and well-received albums, The Idiot and Lust for Life, both produced and co-written by the Thin White Duke himself. Despite this year reprieve a decade of hanging at the fringes of the rock world followed, until a new generation of 'punks' discovered Iggy and the simple power and pleasures of his frenetic, flip, and often unfocused music, bands like Nirvana and Mudhoney.

Iggy Pop, against the odds it would seem, is still with us, cranking out albums and tours - including a new stint a few years back with the surviving members of The Stooges. He is a survivor himself and, in most circles these days, the recognized father of punk rock, frequently name-checked by chart-topping bands like Green Day and The Offspring who have to some extent cashed in on his legacy.

But for me the legacy and my connection to it begins and ends with his answer to an interviewer's question - "I vacuum." The answer actually sounds kind of punk now that I think about it. If vacuuming led to the Igster being relaxed enough to create an entirely new genre of music, one that many writers of my generation have been thoroughly influenced by, then I think no therapy is in order. Who cares if I ask for room service to bring up one of the hotel's commercial-grade vacuums along with the $14 BLT I just ordered, when I am staying at the La Quinta in Orange, Texas? I'm just trying to relax before the reading, dammit.

James Goertel is the editor of NEXTV Entertainment's literary blog, ALL 'LIT' UP, and the author of CARRY EACH HIS BURDEN, his debut fiction collection. He is currently vacuuming a large section of Berber in preparation to continue working on his novel, LET THE POWER FALL.
Posted by James Goertel at 10:10 AM