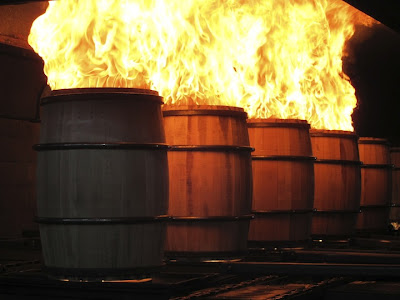 How do you follow up a 6-PACK segment with VOLT author Alan Heathcock? You tap Frank Bill, author of another of my favorite story collections from 2011, Crimes in Southern Indiana, that's how. A quote from the TimeOut Chicago review nails what I love most about Bill's gutbucket collection. Jonathan Messinger writes, "Bill’s Southern Indiana is unrelentingly bleak and violent, effecting the sort of cold beauty portrayed in a film like Winter’s Bone or, yes, the landscape of Cormac McCarthy." My suggestion is to stick Crimes in Southern Indiana in your own 6-pack this weekend. ~ J. Goertel

FRANK BILL
"Depends on how pissed off I am and if the ink is flowing. For me any book written by Larry Brown, such as Joe, Fay or Big Bad Love. A second book would come from William Gay, you know The Long Home, Provinces of Night or Twilight. Another combo would be anything by Daniel Woodrell or Chris Offutt. Or Tom Franklin and Ron Rash. Or Craig Clevenger and Will Christopher Baer. Or Andrew Vachss and Eddie Little. Or Cormac McCarthy and Denis Johnson. I dig language and how it’s used. Sometimes that means fuel, like a stiff drink. Two drinks would be Knob Creek on the rocks, at least two or three fingers full with an ounce of water. If you gotta get picky skip the water and add in 2oz’s of Coke Zero. Beer isn’t out of the question either, I can be a beer snob and get cross-eyed on Dogfish Head 90 Minute Imperial IPA or go the good ole American boy route and toss back six Miller Lites while watching season one of Deadwood (actually every season kicked ass) and Cool Hand Luke. Or 21 Grams and Taxi Driver. Or The Indian Runner and Full Metal Jacket. Or The Devil’s Rejects and Harsh Times." 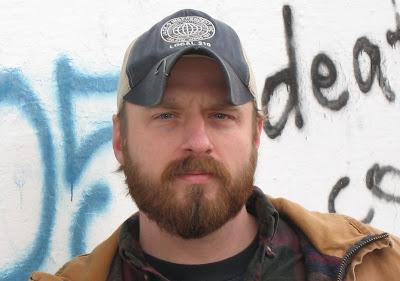 Southern Indiana writer of literature with grit, noir and a criminal edge. He's been published in Playboy, Granta, The Oxford American, Plots with Guns, Beat to a Pulp, Talking River Review, Crimefactory and many other outlets. His first book, Crimes in Southern Indiana was published by Farrar, Straus & Giroux and his first novel, DONNYBROOK hits shelves in 2013. He is represented by Stacia Decker of the Donald Maas Literary Agency. For more information, please check out the links below.