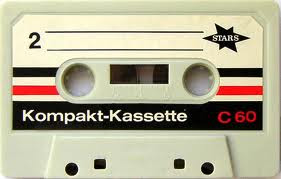 One of the highlights of the AWP conference in Chicago was getting to meet folks I knew only through social media. One of them was author Anna March. Music and writing are intertwined in my psyche and my work - one informs the other constantly. This is how I first became enamored with Anna's work - her Aural Fixations series for the Rumpus.net is one of those ideas-realized that you wish you had thought of yourself. So, when I asked Anna if she would be interested in doing a Lost Weekend 6-Pack for me, I was hoping she would offer to throw in one of her personalized mixes for the piece, so I didn't have to ask and look like a gushing Teen Beat geek - the kind that waits in line for ten hours with his mom to score Justin Bieber tickets. She, of course, came through big time, unknowingly saving herself from a series of last minute and humiliating emails from me begging for a mix to go along with her 6-Pack. Two movies, two books, two drinks, and a mix for the Ides of (Anna) March, a 6-Pack you can dance to. Enjoy - J. Goertel

I like to hole up in my teeny tiny beach cottage with scads of books and movies…I love films about identity, transformation, isolation and how we break it down, underdogs, how we tell stories, unlikely heroes and forgiveness. Favorites include Lost in Translation, The Station Agent, Rashomon, anything by Pedro Almodovar, Fanny and Alexander, Life is Beautiful, Breaking Away, Big Night. I love matching up a slice of Americana with a big foreign film for a great double feature. Seemingly odd juxtapositions have always been a bit of a thrill for me. This weekend it’s going to be Y Tu Mama Tambien and Big Fish.

Books…hmmm, just two? Right now I’m into about six. Re-reading Jack Gilbert’s poetry collection “Refusing Heaven” which I adore and seem to always be re-reading, loving an ARC of Cheryl Strayed’s memoir “Wild” which is so brave and gorgeous – and comes out on Tuesday, Karen Karbo’s non-fiction “How Georgia Became O’Keefe” is tremendous and inspiring, the novel “Girlchild” by Tupelo Hassman is so stunningly well written that it’s keeping me up at night…I’m also reading bits of Foucault (again, always, forever…) and the new translation of “Madame Bovary”.

As for drinking, I don’t really drink at home very often, but I live literally, down the street a couple of blocks from Dogfish Head’s original brewpub, and drinking there is always a good time. It’s such a kick when someone says “You know, Dogfish Head” and they mean the beer and I mean the place and I say, “Yep, I saw Sam [CEO Sam Calagione] drive by in his truck this morning. It’s Thursday, so Lisa’s working tonight…$6 pizza night.” Yeah, I know Dogfish Head. Hmmm…I also still really love an ice cold shot of jager…sue me. I love coming home a little boozy on a weekend night and drifting off to sleep thinking of stories, dreaming of words.

Along with whatever I’m drinking, reading, watching…there’s always a soundtrack, a playlist.
Here’s my playlist of 10 songs for the coming weekend (run time, 38:24):


**Please note that this mix will random generate after your first listen in order to accommodate copyright agreements.**

3. Are You Alright?
Lucinda Williams
West 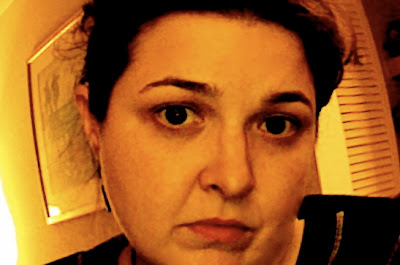 Anna March has recently completed her first novel The Diary of Suzanne Frank. Her fiction, essays, reviews and playlists have appeared in Salon, The Rumpus, PANK, Connotation Press, Used Furniture Review, and numerous other publications and anthologies. She has been nominated for a 2012 Pushcart Prize.

You can keep up with her on FACEBOOK.
Posted by James Goertel at 5:35 AM