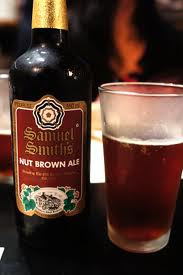 March has indeed been full of its own wonderful madness so far, what with AWP, the publication of my debut poetry collection (Each Year an Anthem), a round of new readings kicking off, and my weekly editorial duties for ALL 'LIT' UP. Speaking of those duties, the interviews, essays, features and Lost Weekend 6-Packs I have been receiving have been outstanding. It's both humbling and heady to think the blog already includes pieces from Alan Heathcock, Anna March, Anne Leigh Parrish, Ben Tanzer, Donna Hilbert, Ellen Wade Beals, Frank Bill, Imogen Robertson, Jenna Blum, Jonathan Evison, Myfanwy Collins, Patricia Ann McNair, Shann Ray, Tamara Linse, Ken and Betty Rodgers - and the blog is only two months down the line from its kickoff as part of Randy Becker's NEXTV Entertainment blog series out in Hollywood. It's all been a lot of fun so far and I wanted to get in on the fun this week myself and offer up my own Lost Weekend 6-Pack. Enjoy -J.

I have to go seasonal on this - the winter 6-pack looks nothing like the summer one. Having just come out of winter here in the Buffalo area, let's start there. In the winter I stick with beer and like to go heavy with stouts, porters, and black & tans: Guinness Stout, Otter Creek Stovepipe Porter, Yuengling Black & Tan. I have read a Per Petterson novel every winter for the past few and this year it was "In the Wake." The movies are always Oscar or Golden Globe nominated films. Although this year, the un-nominated "Bridesmaids" knocked my socks off.

In the spring, I switch to ales - particularly Bass Ale - and start using Netflix for documentary fare such as "Cave of Forgotten Dreams" and the PBS series "American Experience." Spring is all about poetry for me - and in this case finds me reading Jim Harrison's "Saving Daylight."

Summer is summer and very beautiful and ephemeral here on Lake Erie - so I make the most of the sunshine. I like to have cocktail hour a few times a week and favor a classic margarita - on the rocks with salt - never frozen. My beer taste moves to pale ales and lagers - something clean that goes with fresh fish on the grill or sushi out. No movies in the summer - there's no way I'm sitting in a dark theater with Lake Erie right outside my door. Long hours in a comfy chair on the beach will be spent this summer reading John Jeremiah Sullivan's "Blood Horses," Christopher Dickey's "Summer of Deliverance," and Lars Saabye Christensen's "The Half Brother."

Fall is my favorite season and finds me leaning back toward the darker beers but not quite all the way - I'll go with ambers and nut browns - especially Sam Smith's Nut Brown Ale. Red wine is a biggy for me in the fall and lately I've been favoring a ten dollar bottle of Don Ramon - a tasty, Spanish red. Books will tend toward short stories or some non-fiction with a science or nature tone. This past autumn it was John McPhee's essay collection "Silk Parachute," John Jeremiah Sullivan's "Pulphead," and Alan Heathcock's "Volt" along with Shann Ray's "American Masculine." Finally, the autumn is when I try to catch up on the movies from the past six months either through Netflix or at the two dollar film houses doing last run stuff. I've been known to sneak off with my wife, Rachel, to a triple feature to start to hit some of what I've missed while playing and working in the sunshine, especially before another Buffalo winter is upon me. 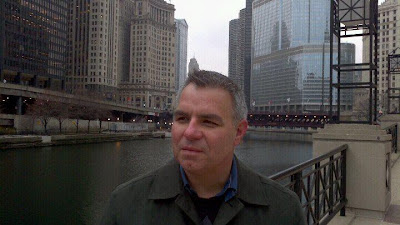 Born in North Dakota, James Goertel spent twenty years working in television for ABC, NBC, and ESPN, among others. He currently teaches writing at Penn State Erie.
"Carry Each His Burden" (2011) is his fiction debut. "Each Year an Anthem" (2012) is his poetry debut. His writing has appeared in Ascent Aspirations, TNBBC, Manifold, LucidPlay, and The Quivering Pen. He is the editor of ALL 'LIT' UP - NEXTV's literary blog out of Hollywood. For more information, please feel free to visit here. 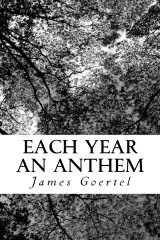 EACH YEAR AN ANTHEM CARRY EACH HIS BURDEN
Posted by James Goertel at 2:31 AM