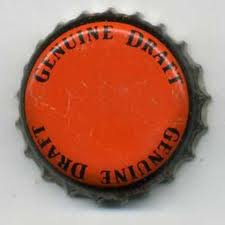 A week ago I was at the AWP Writers' Conference in Chicago and although author Shann Ray was not in attendance I felt his presence. I found Shann, the winner of Bread Loaf's Writers' Conference Bakeless Prize for his 2011 story collection, American Masculine (Graywolf Press), was always there; looming in the shadows of an off-site reading, hovering over the book fair, sitting in on panels as an unseen specter. Along with Alan Heathcock's VOLT(Graywolf Press), Shann Ray's American Masculine was the benchmark for me in terms of literary fiction in 2011. His stories and characters affected me to a degree that they seemed more like a haunting than a fictional rendering.

David Abrams in his Quivering Pen year-end review of Shann Ray's collection, summed up my own feelings quite nicely, observing, "This is one of the more challenging set of short stories I've read in a long time--it pokes my conscience and gently leads me to self-examination."

Exactly, David. The stories in American Masculine had me thinking about humanity and my place in it. Great fiction stays with you a long time. As I wandered around the different AWP offerings last week, I found myself thinking about the fiction from 2011 I still can't seem to shake. American Masculine stands among the best, so I am thrilled to have Shann Ray for this week's Lost Weekend 6-Pack. ~ J. Goertel

"This is the entry into all things trailer, and some things trash, of which I myself have a personal history, having lived in two trailers and a mobile home (yes, the kind pieced together at the midseam; yes the kind you see hauled in halves down freeways on 18-wheelers). As for books, give me a couple of classics please like Victor Hugo's Les Misérables and Tolstoy's Anna Karenina; then dish me some American West like the immortal James Welch's Fools Crow and A.B. Guthrie's The Big Sky; then give me a nice big helping of the poets who change our lives forever like Elizabeth Barrett Browning's Sonnets from the Portuguese and Mary Oliver's two-part powerhouse Why I Wake Early and Thirst; then give me some real world answers like feminist superstar Bell Hooks' All About Love, Martin Luther King Jr.'s The Measure of a Man and Strength to Love and Desmond Tutu's No Future Without Forgiveness; then give me some hard core theology like Dietrich Bonhoeffer's Ethics and Bernard Longergan's Insight; and finally top it off with some philosophy like a forest fire in Hans-Georg Gadamer's The Relevance of the Beautiful and Mikhael Bakhtin's Toward a Philosophy of the Act. And for movies, let's start with Arthur Miller's The Crucible and watch Daniel Day Lewis and Joan Allen break us all down to the deep dark heart before they raise us back up, and let's end with some bonebreaker Pacino at the onset of his power in Scarface and notice not just 'Say hello to my little friend!' but more importantly the line before it in which the ferocity bursts forth a spray of spit when he says 'How you like that!' which comes out more like 'How you like thath!'" 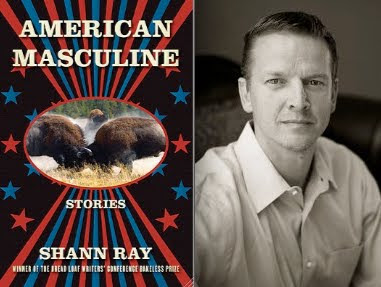 SHANN RAY’S story collection AMERICAN MASCULINE (Graywolf Press), selected by Esquire as one of Three Books Every Man Should Read, and named a Kirkus Reviews Best Book of 2011, Best Short Story Collection of 2011, and Editor’s Choice selection, won the the Bread Loaf Writers’ Conference Bakeless Prize. He is also the author of Forgiveness and Power in the Age of Atrocity (Rowman & Littlefield), an Amazon Top Ten Hot New Release in War and Peace in Current Events. The winner of the Subterrain Poetry Prize, the Crab Creek Review Fiction Award, the Pacific Northwest Inlander Short Story Award, and the Ruminate Short Story Prize, Ray’s work has appeared in some of the nation’s leading literary venues including McSweeney‘s, Narrative, Best New Poets, StoryQuarterly, Poetry International, and Five Chapters. He is a National Endowment for the Arts Literature Fellow, and has served as a panelist for the National Endowment for the Humanities, Research Division. Shann grew up in Montana and spent part of his childhood on the Northern Cheyenne reservation. He lives with his wife and three daughters in Washington where he teaches leadership and forgiveness studies at Gonzaga University as well as with refugees in Kakuma, Kenya and Dzaleka, Milawi.

For more information, please feel free to visit the links below.

Ray on the NEA Fellowship
Posted by James Goertel at 4:24 AM